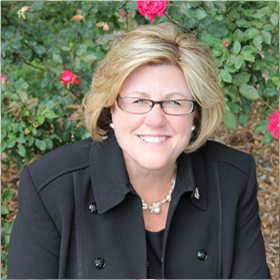 Patty Briguglio is President of PFB Connect, a firm that works with companies in the areas of high level strategy, developing key connections, and business development, as well as assisting privately held companies in planning and preparing for sale

Previously, Patty was CEO of MMI Public Relations, which she sold in 2012. As a recognized expert in the public relations industry, Patty is a sought-after media personality, speaker and business spokesperson who often addresses the topics of PR, crisis management and economic development issues on television, radio, and at local and national meetings and conferences.  Among her many media appearances are the front page of The New York Times (with President Barack Obama), CNN, ABC, NBC, CBS, FOX and FOX Business Network. As a regular contributor on FOX Business Network, Patty has been named to the Small Business All-Stars broadcast team.

Instrumental in founding and promoting organizations that benefit entrepreneurs, Patty’s board affiliations have included the Greater Raleigh Chamber of Commerce’s Board of Directors, its Executive Committee, its steering committee for Regional Transportation Alliance, and its steering committee for the “Edge 3” and “Edge 4” campaigns, which were major catalysts for economic growth and job creation, as well as numerous Chamber committees and initiatives.  Patty has sat on numerous civic and charitable boards, including the Research Triangle Regional Partnership Board, the Advanced Energy Board (to which she was appointed by North Carolina Governor Beverly Perdue), Wake Ed Partnership, Institute for Economic Empowerment of Women, Raleigh Artspace, International Affairs Council, Enterprising Women National Advisory Board, North Carolina Leadership Council of the National Federation of Independent Businesses, Raleigh Convention & Visotros Bureau Conference Table Tourism Advocacy Board,

She currently chairs the Raleigh chapter of the American Friends of the Chateau de Compiegne, as well as serving as Vice Chair of the national organization.  She is a Trustee of the North Carolina Symphony, serving on the Executive Committee and has chaired the Symphony Gala and Friends of Note events.  Patty is on the Board of the Triangle Land Conservancy.

Among her many awards are the 2009 Woman Business Owner of the Year Award from the Raleigh chapter of the National Association of Women Business Owners, Enterprising Women magazine’s Enterprising Women of the Year, and the Small Business Champion for North Carolina by the National Federation of Independent Business (NFIB). The Triangle Business Journal has named Patty one of the 25 most influential Women In Business. In Arizona, Patty was named the Arizona Business Alliance Businessperson of the Year, and in North Carolina, her firm has received numerous MarCom Creative, Communicator, Videographer and Millennium Awards.  She led MMI to numerous  consecutive Pinnacle Awards for Steady Growth and Profitability from the Greater Raleigh Chamber of Commerce.

Before moving to Cary to open MMI Public Relations, Patty sold her award-winning PR firm in Phoenix, where she was recognized as one of the top 10 PR firms in Arizona by Ranking Arizona, Arizona Business Magazine and BizAZ Magazine.